If you’re running a beta of iOS 13, and would help us out with testing OmniGraffle, we’d appreciate it! You can sign up to get OmniGraffle via TestFlight.

The biggest change is that OmniGraffle now uses the standard iOS document browser, which we’re adopting for our document-based apps. (This includes OmniOutliner and OmniPlan, already in TestFlight.)

This means you’ll be able to sync your documents using iCloud Drive or with third-party services such as Box — or host your own content via Git or WebDAV with apps such as Working Copy. If you‘re already syncing using OmniPresence, you can continue to use that as well.

Other iOS 13 features added in this TestFlight include:

Remember to always take care before installing beta software, particularly beta iOS (and macOS) releases. But if you do decide to help us test, please let us know how it goes: email omnigraffle@omnigroup.com or let us know on the #omnigraffle channel on the Slack group. Thanks!

But, before you go — here’s a screenshot showing OmniGraffle in Dark Mode: 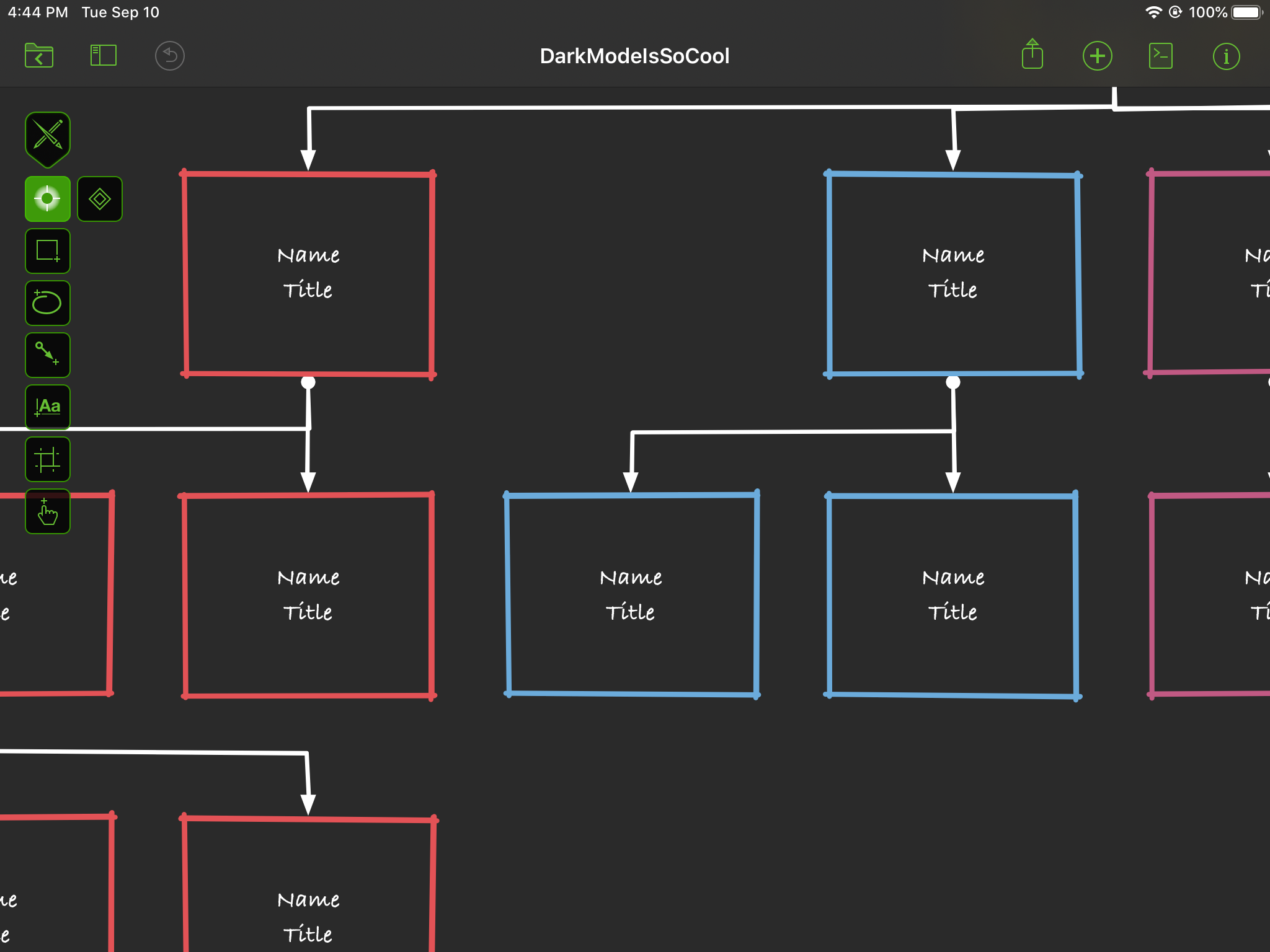