OmniGraffle 7.10 for Mac and OmniGraffle 3.10 for iOS include a new Fill Shape with Text feature.

It’s a new option in the Text Position inspector: it fills the inner bounds of a shape with the label text. This makes it much easier to fit text in (for instance) a diamond shape (as in a flowchart) or create a text background for a Bézier shape.

Here’s a screenshot demonstrating the feature: 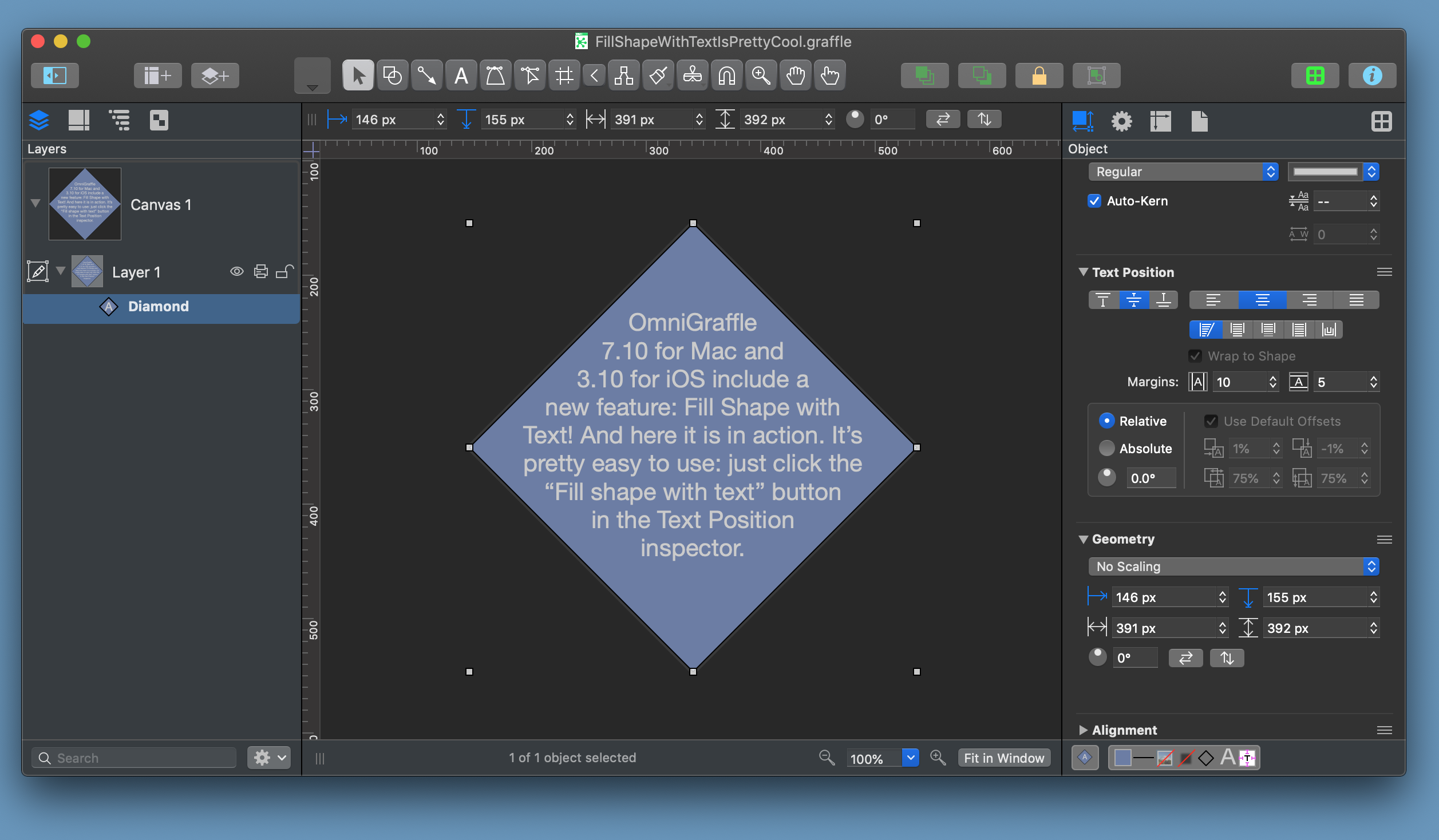 Other changes in OmniGraffle for Mac include an option in the Line inspector to allow line labels to clip a line’s stroke; the ability to adjust the distance when Text Follows Path (in the Geometry inspector); and a number of improvements and bug fixes, mostly to do with text. See the release notes for the complete rundown.

Changes in OmniGraffle for iOS include a new Text Flow option in the Text Position inspector; text rotation controls; and other improvements and fixes. Read the release notes for the full scoop.