Last week Apple announced their Best of 2015 lists. We’re honored to have two of our own selected: OmniPlan for Mac and OmniFocus for Apple Watch.

2015 was full of new features for each of our apps—we released about an update every third or fourth day this year. These two mentions were a great end to the year, and we’re a little more than excited to show off some of the stuff we’ll be working on next year. 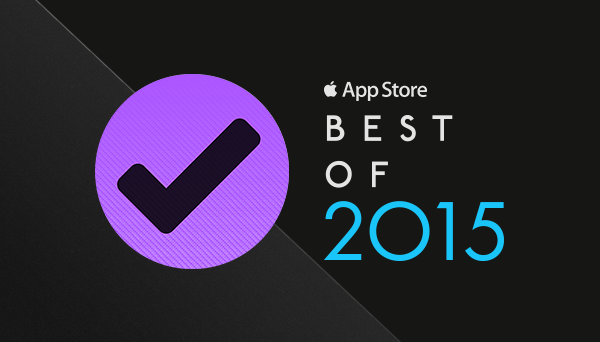 OmniFocus 2.7 for iOS launched with a native, completely rewritten Apple Watch app. We improved Handoff, added a complete set of Complications for the watch face, and sped up New Item entry.

OmniPlan 3 for Mac added an advanced set of new features when we unveiled it in early October: Network Diagrams, Multi-Project Dashboards, Earned Value Analysis, and more. We’ve added a few more things in the past months, and, as always, more is coming.

We’re thrilled to be included with so many other wonderful apps that we use. Go check them out in your local App Stores!