On February 19, 2015, we shipped OmniFocus 2.1—the first of several planned OmniFocus releases in 2015. It features a new look and new features for OS X Yosemite, as well as a few bug fixes. The file format and syncing remain compatible with all previous versions of OmniFocus, on Mac and iOS. Because of the changes to support Yosemite, OmniFocus 2.1 now requires OS X v10.10 or higher. 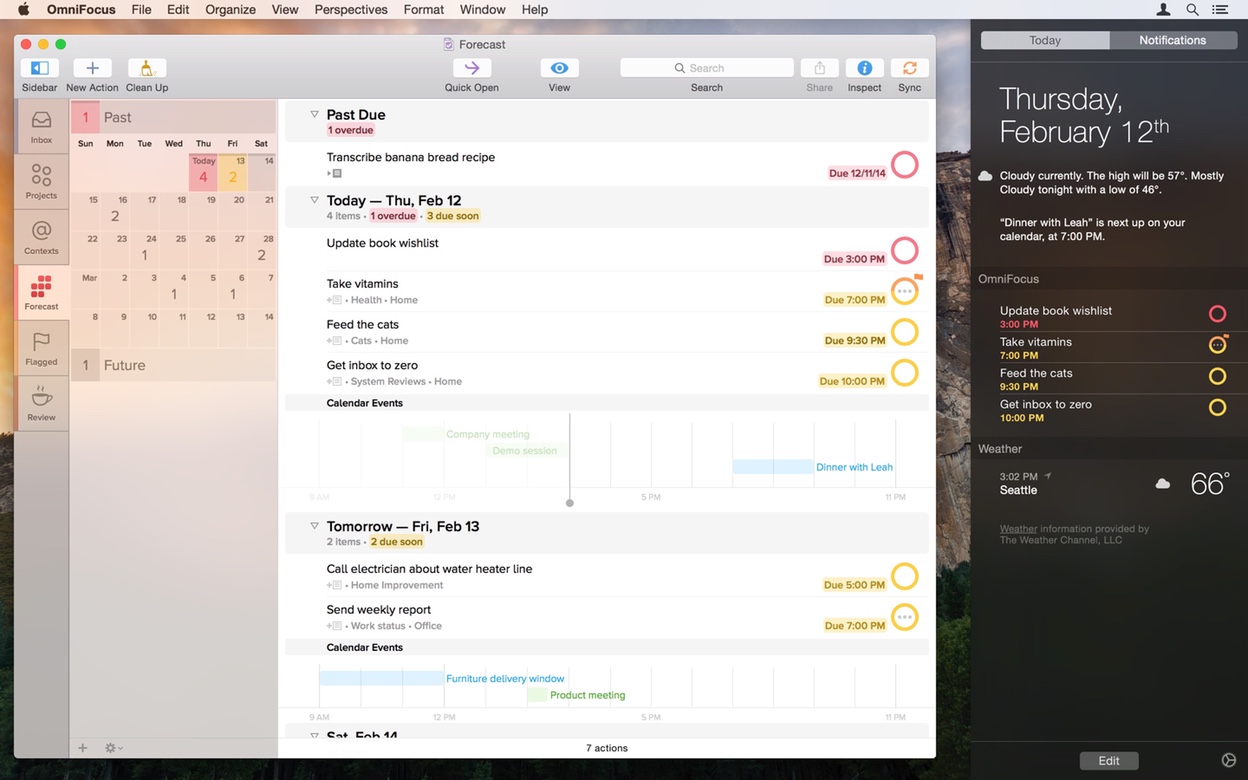 As I noted in January, we’re still planning on adding features to OmniFocus that will make it sync more responsively, to be easier to scan visually, and to be more efficient to use. This release is an important first step on that path!

Some of the new features in this release:

In addition to adding info on these and the other new features in this release, the Help menu content has been completely reformatted to be easier to use and should also look better on Retina screens. For the full details on this and the other features, changes, and fixes, check out the Release Notes. As always, this update is available for direct download from Omni as well as on the Mac App Store.

(On March 16 we released OmniFocus 2.1.1, with several crash fixes which didn’t make it into February’s release of OmniFocus 2.1.)

P.S. — All our apps are getting vibrant interfaces in Yosemite (first OmniGraffle 6.1, now OmniFocus 2.1, next OmniOutliner), but if prefer your interfaces to be fully opaque you can turn off that transparency system-wide: open System Preferences, and look for the “Reduce transparency” switch in Accessibility preferences (under Display).