A week and a half ago, I announced that we were planning to bring all five of our productivity apps to iPad.  So much has happened in the short period of time since then that it feels like we've been in some sort of time distortion field!

Let me skip straight to the good stuff and share some screenshots with you: 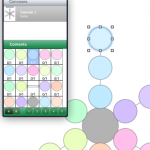 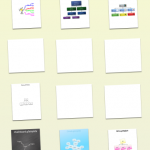 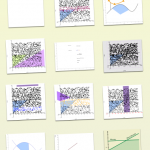 I should point out that the document icons in the document lists come from the QuickLook previews generated on the Mac, so they show features that aren't actually supported in the iPad app yet:  for example, if you compare the OmniGraffle canvas screenshot with the corresponding icon in its document list, you'll see that OmniGraffle for iPad doesn't actually render text yet.

We don't even have a mechanism for creating new documents yet:  both apps are just loading documents created on a Mac.  But it's certainly progress!

Now, I mentioned two weeks ago that we were generally prioritizing iPad work over some of our Mac projects, but that some Mac projects—specifically, OmniOutliner 4 and OmniPlan 2—would take precedence over their iPad counterparts.  In response to that plan, I received a lot of feedback that folks would like to see OmniOutliner for iPad sooner rather than later.

So we started thinking about how we could get started on OmniOutliner for iPad sooner.  We really don't want to delay OmniOutliner 4, so we instead started thinking about how we could finish OmniOutliner 4 more quickly.  We realized that if we scaled back some of the esoteric features which we'd planned for the Pro edition of version 4—cloning and multiple schemas—we could shave three months off its development schedule and get started on OmniOutliner for iPad that much sooner.  Now, both of those features are still pretty interesting to us, and we've already laid the groundwork for supporting these in the underlying outlining engine—but we think bringing OmniOutliner on iPad is more important overall, so that's what we're going to do.

Oh, what's coming in OmniOutliner 4?  We've rebuilt the engine inside of OmniOutliner, so among other things it will support text zooming, showing and hiding columns, "Smart Match" completion cells, searching across all column types, better link handling (no more unfindable tokens!), and (in the Pro edition) saved smart folders.  (Also, say goodbye to the old Aqua drawer!)

Thanks for all your feedback on my last announcement, and I look forward to receiving any feedback you might have on this update!