It's getting to be that time of the year…the trees are flaming with color, the nights are shivery, the air smells of wood and apples and mini-sized Snickers bars. Ah, fall. How I love you.

Except for the fact that October always means Macworld planning must begin in earnest. There are things I really like about Macworld, but planning the booth is NOT one of them. Probably because I am spatially, uh, “challenged” and trying to visualize how our booth should be laid out, even if I use a spectacularly helpful tool like, plugplugplug, OmniGraffle, is sort of like playing Tetris in the dark. With a bag over my head. And that new Justin Timberlake song, you know, the one with something that sounds like chipmunks squealing in the background? – playing on a loop. It's hard, is what I'm saying.

Anyway, as a distraction from all the logistical nightmare stuff, I was thinking about what sorts of things we might give away at our booth. Booth swag is always fun, right? Here are some ideas I had:

• MacBook Pros pre-loaded with all of our applications, even that OmniObjectMeter whatsit 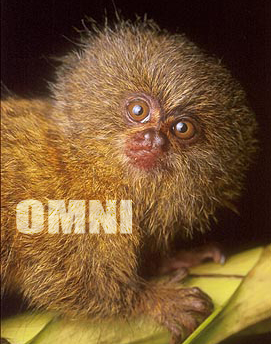 Of course I've encountered nothing but opposition, since these giveaways apparently are “too expensive” and “really nerdy” and “morally despicable”.

Instead I imagine we'll do buttons, or stickers, or maybe demo CDs, yawn – but I was also thinking of some Omni Index Cards. Index cards seem appropriate (although, let's admit, not nearly as cool as marmosets) since we've been working on OmniFocus and all. So if you could have a pack of index cards that was custom-printed just for you, what would you want on there? Checkboxes? Leave them blank? Make them lemon-scented? Print origami folds on them?