If coding were furniture making, we'd have heard the sounds of intense hammering, sawing, planing, the tap tap tap of the chisel, and, I suspect, occasional splintering and smashing of prototypes from Tim's office over the past few months. Sawdust would have piled high to the rafters and we would have stood outside the craftsman's door, waiting for the masterpiece to emerge.

In reality of course we heard mostly the gentle sounds of typing, muffled wails and occasional high volume electronica beats early in the morning, but masterpiece is the right word for the result.

Here's a shot of the prefs pane from the alpha build of OmniFocus that is, right now, this very minute, running on my desktop. I can now leave my laptop at home and have all my data sync up using not one, not two, but three different sync options. 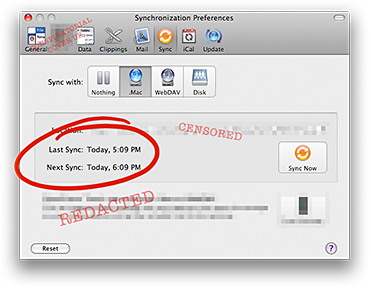 Still internal alpha for now, but we're planning on having this in the public sneaky peek before the release of Duke Nukem Forever or whenever Ken gets tired of waiting for it to be done.