A Fable: It did come to pass, that upon a Tuesday, (the 27th of April, to be precise), Monica, one of the Elite members of our Support Ninja dojo, responded to an OmniFocus feature request. She did so, of course, with her usual (by which I mean exceptional) skill, grace, and professionalism.

Within a few hours of the sending of Monica's response, we received another email from the same address. This one, however, was different. The title included the words "Tracking Number".

The ninjas were puzzled, for they had placed no order.

The ninjas, however, are students of Sun Tzu, who teaches:

Prohibit the taking of omens, and do away with suspicious doubts. Then, until death itself comes, no calamity need be feared.

So the ninjas observed.

This afternoon, a package arrived. "What could it contain?" they asked.

It made no sound.

With care, the Ninjas opened the package. With surprise, they saw that it contained a Medium Astro Rocket from the fine folks at CardboardSafari.com.

We have erected a shrine to the Astro Rocket. It is awesome. We have the best customers ever. We're grateful for both. 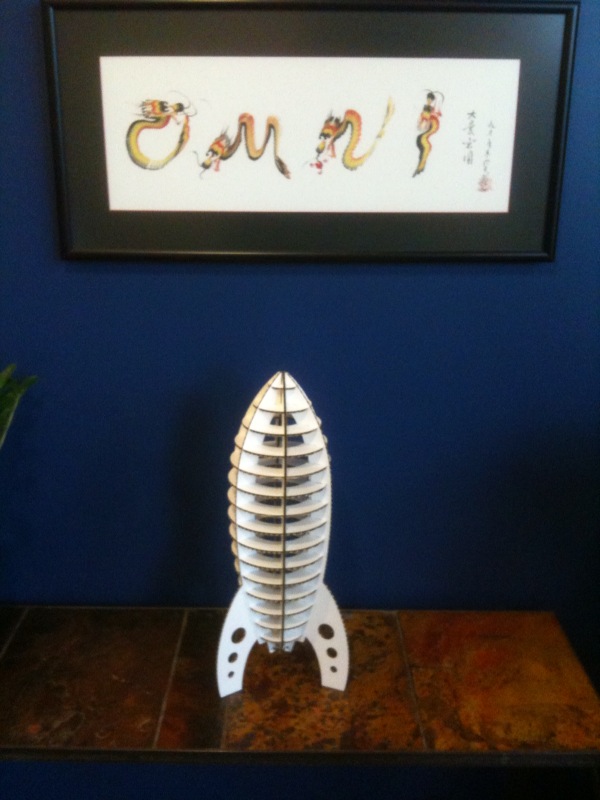