The Omni Group has been around so long — 25 years! — that floppy disks are a memory rather than a thing we just heard about once. Across from Ken’s office we have a NeXTstation which still uses floppy disks. (It takes 2.88MB floppies rather than 1.44MB floppies, because Steve wanted only the best in his hardware.)

But The Cotton Bureau is much newer. As part of its fifth anniversary — they grow up so fast! — we designed a fun floppy disk T-shirt that we hope you like. 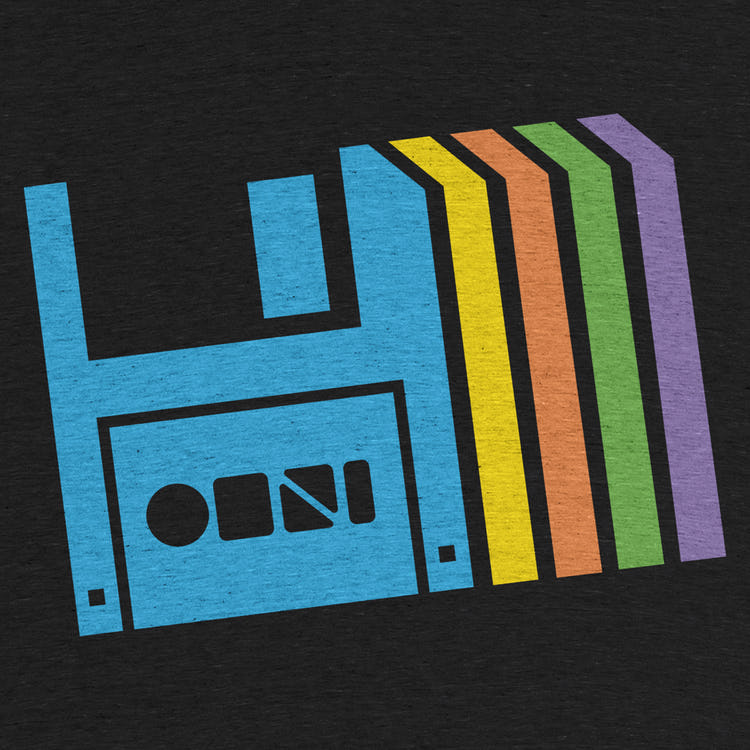