We're not too fancy to admit when something in one of our apps doesn't work quite right. For instance, I don't know if you've noticed but when you hit the “pour me a large caffeinated beverage” button in OmniGraffle, nothing happens. Don't worry, I've totally filed a bug on that.

In the current version of OmniFocus, there's some wonky behavior with stalled projects. (Yes: wonky. It's a technical term.) It's something we plan to fix, but in the meantime I'll walk you through the problem and a suggested workaround.

Let's say you're reviewing your stalled projects by choosing “Stalled” in the sidebar filter in order to display all projects without any available actions. In my example, I've got a project titled “December fitness events”, and sadly for my fitness, it is empty. 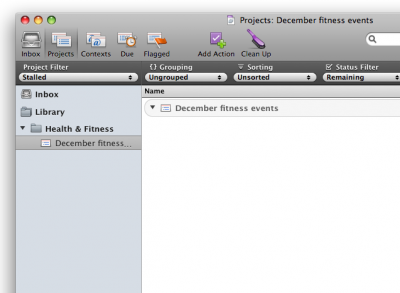 I'd like to go ahead and add an action to this project, but when I click the project and hit return, poof! It disappears altogether. 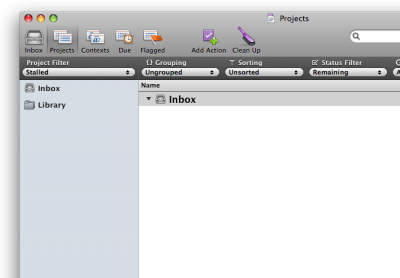 Now, I could take this as a sign that I wasn't meant to do any fitness events in December and instead focus my attention on devouring as many holiday-themed cookies as humanly possible, but here's the thing: the project isn't gone, it just thinks it has an action item now. Even though it's an empty action, because you haven't yet typed anything, the project is officially no longer stalled.

So, here's a workaround for that issue, as suggested by our super-smart Support Ninja, Kris:

First, set your Clean Up preferences (in Data Preferences) to “Clean Up Inbox items which have: Both a Project and a Context”. 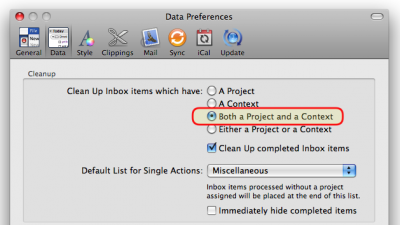 Next, set your sidebar filter to “Stalled” as before. As you review everything and decide to add new actions to the empty projects, bring up the Quick Entry window and add the action there. 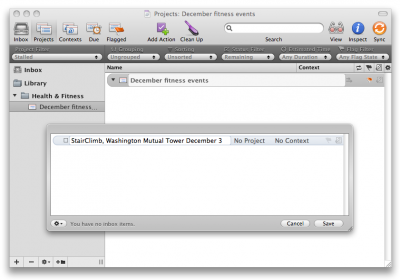 Since you've told OmniFocus to keep things in your inbox until both the project and the context have been set, you can assign an item to a stalled project and your project will remain stalled until the context is set as well. The purpose here being that you can continue to see the list of stalled projects (ie, no more mid-workflow disappearing acts) until you're done organizing your actions. 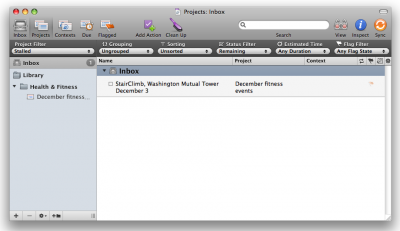 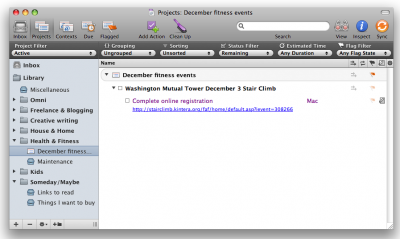 I hope that was at least marginally useful for you OmniFocus users, even if you haven't encountered this particular issue before. And hey, would you like to see more workarounds/tips/tricks in our blog? Let us know, all suggestions are more than welcome.