To celebrate the launch of OmniPlan, the Omnis went to the Lynwood Skate and Bowl, where we had way too much fun. What we discovered is that Ken has an alternate life as a professional roller skater (or something), and proceeded to skate circles around the rest of us (usually backwards, on one skate). He then took us to the bowling alley, where he showed me how to throw many strikes in a row. I did not fare as well, but at least I beat my old record of 27.

There were unconfirmed reports of some morning-after sickness which may or may not have been related to the food, though apparently people not even present had some problems, which tells me that the food served was of a truly spectacular and long-reaching variety.

Liz decided that she didn't need her wrist guards that she uses for rollerblading, she was wrong: 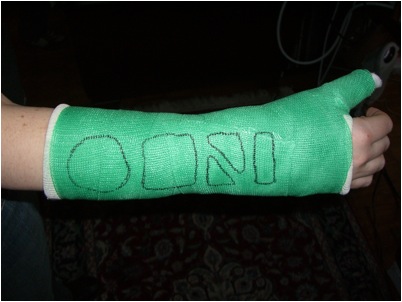